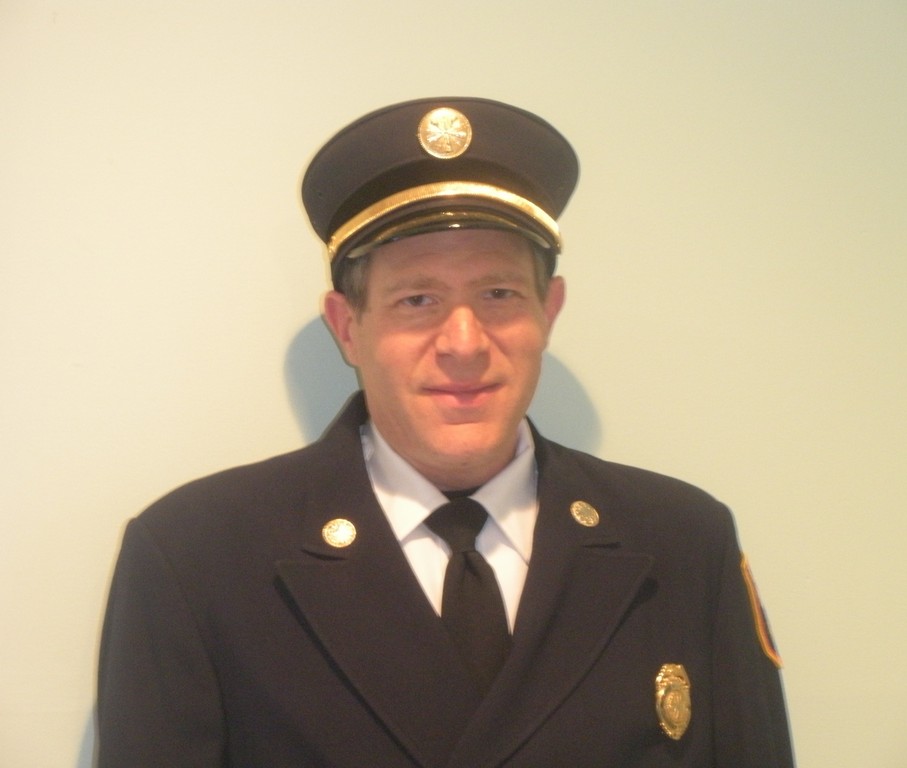 What was sparked as a childhood dream has blazed into history as the Lakeview Fire Department welcomes its first Orthodox Jewish fire chief.

“It was like the excitement of a child, every child wants to be a firefighter, so when we moved here I signed up to join,” said West Hempstead resident Michael Koppel.

Raised on the Upper East Side of Manhattan, Koppel, 45, began his lifesaving volunteering work with the Astoria Volunteer Ambulance Corps and moved to West Hempstead 18 years ago. “I rode the ambulances, so it was easy to go from one to the other.” The 56-member fire department takes 12 to 14 weeks of training at the fire Academy of Nassau County in Bethpage before officially donning the uniforms.

“It’s where they do a live burn, you enter a real fire. They train you in the jaws of life, climbing, ropes, and handling propane tank leaks,” Koppel said. When he is not fighting fires, Koppel manages the ambulance fleet at the New York Presbyterian Hospital.

On occasions, the Lakeview firefighters also battle blazes on the southern state parkway, and make “mutual aid” calls as far as the pine barrens of Suffolk county. They receive an average of 625 calls each year. While fires do not keep a schedule, Orthodox Jews have Shabbat and holidays, which pose a direct conflict with work.

“When I spoke to my rabbi, he said it does not make a difference if a person is Jewish or not,” Koppel said. At the same time, he credited his Assistant Chief Heather Senti for handling most of the work on Saturdays. “I have a great assistant chief, but if the call came, I would go. To save a life is the most important thing.”

Belle Harbor returns to stay and rebuild: ‘We’re back’