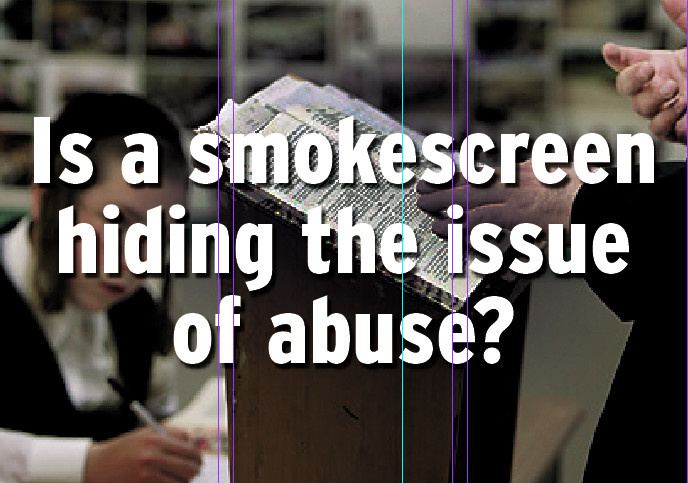 Hewlett-based psychologist Dr. Michael Salamon alleges that there is still a "smokescreen" when it comes to reporting child abuse in the Orthodox community.
The Jewish Star file photo
Previous Next
By Sergey Kadinsky

Hewlett-based psychologist Dr. Michael Salomon is an expert in treating victims of sexual abuse. He literally wrote the book — Abuse in the Jewish Community — and he’s worried that too many incidents are being swept under the rug.
“If you speak to people who work in the field, there’s a smokescreen,” he said.
But Rabbi Yitzchok Frankfurter, the editor of the haredi-oriented Ami Magazine, couldn’t disagree more.
He’s concerned that recent sensational stories about child abuse in the Orthodox community are unfair attacks by “self-hating Jews.”
The two were among lively debaters on the Zev Brenner show that aired on Saturday night, Nov. 19.
The professionals are being “stonewalled because of the issue of going to the police.” Dr. Salomon said.
His view that there is not enough reporting being done in the community was disputed by Rabbi Frankfurter and by Pinny Taub, who was abused at age 15 at his Borough Park yeshiva.
“Abuse is not an Orthodox problem, but a global human problem,” Rabbi Frankfurter said. “Penn State, which had a serious problem, is neither religious nor Orthodox. This issue has been used against us by self-hating Jews.”
Listening to the heated exchange, abuse survivor Ben Hirsch, who runs Survivors for Justice, agreed that the bloggers who brought the abuse stories to attention are often combative, but this should not distract from the story at hand.
“It was the admittedly sometimes obnoxious and offensive publicity by bloggers that forced this issue into the limelight,” Hirsch said. “They reported on this problem well before the print media would and served an important function.”
Rabbi Frankfurter stood his ground, arguing that anti-religious agitators have accused the entire haredi sector of sheltering abusers.
“No one would dare indict the Catholic community for the sins of its church hierarchy or individual priests,” he said, “but tarring the entire Orthodox Jewish world seems not to violate the standards of political correctness.”

Editorial: All voices must be heard
Page 1 / 3
Report an inappropriate comment