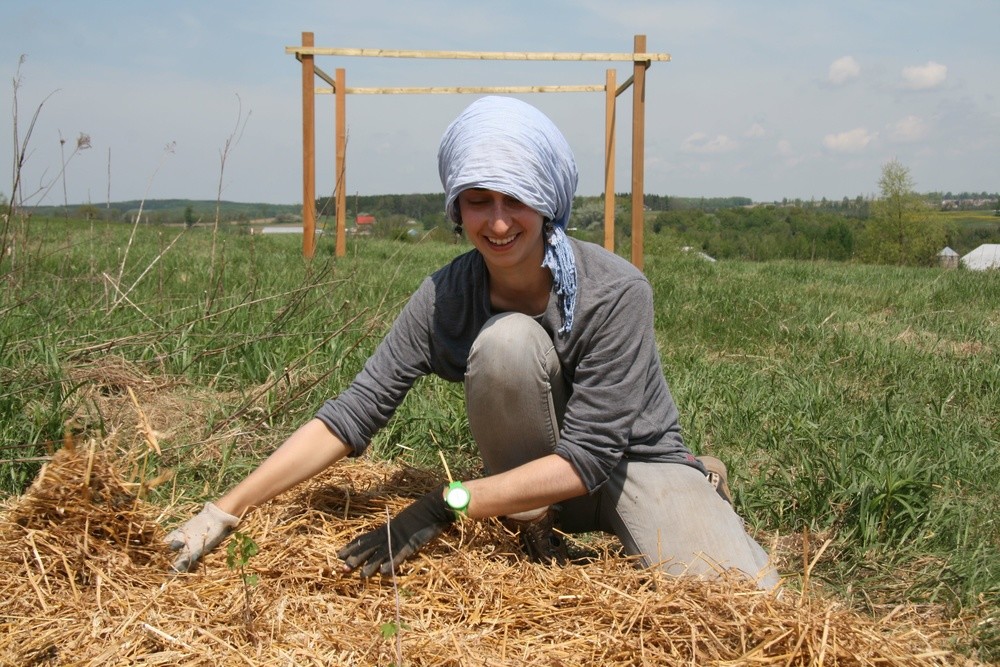 Tamar Yunger of Bela Farm in Ontario in front of the scaffold for what has become a structure called
Courtesy Bela Farm
By Michele Alperin, JNS.org

In December 2007, leaders of the Hazon nonprofit drafted seven-year goals for what they coined as the “Jewish Food Movement,” which has since been characterized by the in-creased prioritization of healthy eating, sustainable agriculture, and food-related activism in the Jewish community. What do the next seven years hold in store?

“One thing I would like to see happen in the next seven years is [regarding] the issue of sugar, soda and obesity, [seeing] what would it be like to rally the Jewish community to take on this issue and do something about it,” says Nigel Savage, Hazon’s founder and president. Additionally, Savage predicts that Jewish food festivals “will grow the way Jewish film festivals grew” and a generation from now “will be some of the biggest events in American Jewish life.”

Hazon hosts its eighth annual Food Conference from Dec. 29 to Jan. 1 at the Isabella Freedman Jewish Retreat Center in Falls Village, Conn., bringing together the leaders and followers of the movement it started. This year’s conference focuses on the theme of “Poultry, Pollinators and Policy,” exploring the topics of ethical eating, the sources of food and ecosystems, and food activism and policy.

Savage notes that so far, the Jewish Food Movement has bolstered initiatives and trends including Jewish community supported agriculture (CSA), Jewish educational farms, Jewish food education as a discrete discipline, a Jewish working group on the U.S. Farm Bill, new ethical practices in the kosher meat business, and serious consideration of what observance of the sabbatical (Shmita) year might mean.

The annual Hazon Food Conference, Savage says, “is a celebration of everything to do with Jews, food, and contemporary life, to bring people together across difference.”

“Look at the people [attending the conference]: they are literally kids to 80-somethings, Orthodox rabbis, hippies, and people not involved in Jewish life,” he says. “Food is capa-ble of separating people and also capable of bringing us together.”